Anyone who’s ever cruised in the Caribbean or Mexico knows how hot a day at sea can get. With temperatures routinely hitting 80 degrees and above, being able to cool off onboard your ship is a must. And for families with young kids and tweens, nothing beats a cruise ship water park with water slides when it comes to keeping everyone happy and refreshed on days at sea.

The Best Cruise Ship Waterparks for Kids and Tweens

Lots of cruise ships have pools and water slides, but not all of them are a good fit for families with tweens or kids under 10 years old. Pools can get crowded, life guards may not be available, and water slides may be too scary or have height limits.

That’s not a problem with the following cruise ship water parks that have just what’s needed for toddlers, younger kids, and tweens. From smaller water slides, wading pools, and tipping buckets to water cannons, surprise water spouts, and dancing fountains, here are the cruise ships with the best onboard water parks for tweens and kids under 10.

Important note: With the exception of Disney Cruise Line, kids on all other ships must be potty-trained to play in these cruise ship water parks; swim diapers are not permitted on most ships.

Splashaway Bay aqua park from Royal Caribbean is an ideal cruise ship water park for tweens or kids under 10 who love to zip down water slides, splash through fountains, or get soaking wet beneath a massive tipping bucket.

FIRST TIME: How to Make the Most of Your First Cruise Vacation

The main attraction at the Splashaway Bay water parks on Royal Caribbean ships are the colorful water slides, the number of which vary by cruise ship. Generally, you’ll find one or two larger slides for kids ages six and older (minimum height is 42 inches) and one small slide for the toddlers. For the big slide, the maximum weight is 300 lbs. There’s also a splash zone with ankle-high water and an array of other water features (think water cannons, whirlpools, and a drench bucket) to get kids wet and laughing.

Kids of all ages will love the brightly colored Carnival WaterWorks water parks found on most Carnival Cruise Line ships. Though the space and design varies by ship, all of the Carnival ship water parks feature one or two water slides, a giant tipping bucket, and kiddie spray zones with fountains and water cannons that are perfect for younger kids.

Most ships have either straight or curling slides, but Carnival Vista offers up the Kaleid-O-Slide. This water slide, geared toward the seven-and-up crowd, takes riders on mats down a 455-foot-long series of twists and turns amidst flashing kaleidoscopic lights and visual effects. Even younger kids will appreciate the Dr. Seuss-themed WaterWorks and spray zone on Carnival Horizon, which includes a massive water-tipping top-hat and two water slides.

One of the largest water parks for young kids at sea, the Forest Aquaventure Park and AquaPlay area on MSC Cruises offer a full range of amusements for kids, tweens, teens, and water slide-loving adults. There are four slides, including two racers with clear sections that extend out over the side of the ship; an easy, open air spiral slide; and a funky slideboard option with neon lighting.

For the smaller kids under 10, there’s a large shallow pool with fountains to run under, mini slides to give the kiddos a thrill, spray nozzles for getting mom and dad wet, and a giant tipping bucket. Above it all is an enclosed suspension bridge that might look scary to some of the younger kids, but is as safe as can be.

Caribbean Princess is Princess Cruises‘ top ship for families thanks to its Reef Splash Zone. One of the best cruise ship water parks for the entire family, the Reef Splash Zone features a family-friendly pool and hot tub, a lounge area with plush seating, and a bar serving up kid-friendly mocktails. The water park fun centers around Winnie the Whale, with water spraying from her spout and raining from her fluke.  Inside her mouth is a pint-sized slide for children under 10.

TYPHOON LAGOON VS. BLIZZARD BEACH: Guide to the Disney Water Parks in Orlando

Around Winnie are assorted water sprays. (Pro tip: Never turn your back on a tween with his hand on a spray gun.) When everyone’s had enough of the water, you’ll also find oversized backyard games including cornhole at this onboard water park.

Limited to the eight and under set, the 1,500-square-foot Nemo’s Reef on Disney Cruise Line ships is filled with Finding Nemo characters, countless fountains, pop jets, and spray nozzles. There’s also a toddler-sized water slide with a slip-n-slide feel that will have young kids going back again and again. And, unlike on most other cruise ships, toddlers in swim diapers are welcome to play here.

KID-FRIENDLY CRUISES: 7 Best Cruise Lines for Families (and Their Most Kid-Friendly Ships)

For the tweens and kids eight years old and up, the AquaDuck water coaster stretches more than 750 feet, and a parent can ride together with their child on a two-person raft that goes up and down and out over the side of the ship.

All of Norwegian Cruise Line‘s Breakaway- and Breakaway-Plus Class ships have a kids’ aqua park. The water parks for kids on Escape, Bliss, Joy, and Encore have the most to offer, including a large tipping bucket, mesh climbing structures, water cannons you can aim from above, and an exciting kid-sized slide. The water parks for young kids on Breakaway and Getaway have the least to offer, with just a wading pool, two very tiny slides, and a handful of splash elements.

The Polar AquaPark isn’t nearly as toddler-friendly as the Forest Aquaventure Park on other MSC Cruises ships, which is a good thing for families with older kids and tweens. The water slides here are decidedly teen- and adult-sized, as is the rope bridge. There’s a smallish water slide in the splash zone, and kids under 10 will get a kick out of trying to figure out which is the next tipping bucket to go over (there are lots of them). There are also a few sprayers and a fountain wall for kids to run through.

Which cruise line has a water park island?

Royal Caribbean’s ambitious Perfect Day at CocoCay is a massive water-themed playground of an island sure to dazzle both adults and kids. Among the offerings: Thrill Waterpark, two towers with 13 slides plus the Caribbean’s largest wave pool and an obstacle course pool. Perfect Day at CocoCay is also home to the Caribbean’s largest freshwater pool, Oasis Lagoon, which has coves, a swim-up bar, private cabanas, swim-up islands with in-water loungers, and a kid-friendly beach entry.

Dori Saltzman
View More Posts
Dori Saltzman is an award-winning travel writer who most recently served as Senior Editor for Cruise Critic from 2012 to 2020. Prior to her time with Cruise Critic, she spent seven years covering the travel trade industry for a number of publications. She has been on more than 50 cruises and has covered everything from sailing on the largest cruise ship in the world to how to market your small home-based travel agency to a wider market. Dori began her writing career in 2006, freelancing for outlets like Travel Weekly and Stars and Stripes. Prior to working as a travel journalist, she was a librarian for the New York Public Library system. Her most recent venture is the pet-themed website, KeepingItPawsome.com. 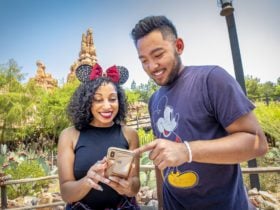 Where to eat, play, and swim on Royal Caribbean's private island. Be sure to build in some downtime for your little ones 10 Unforgettable RV Road Trips in the U.S. for Families

Elevate your road trip with an RV or mobile home.