Welcome to another month of theme park news! I’ll always give you the good with the bad so you can properly plan for future trips, but I’m happy to report this month’s news is largely positive. Until the pandemic is behind us, what’s in store for this column each month is always a surprise (even to me), but being the optimistic person I am, I think the good news will keep on coming.

I was uncertain when my next trip would be until Universal Orlando announced its plans for Mardi Gras (more on that in a minute). I’ve never actually been to New Orleans, so I can’t wait to get a taste of the festivities at the same place I can ride the Hogwarts Express.

I’ll share a bit about my visit next month. Until then, here’s this month’s news.

Disney World Is Going Through Ch-Ch-Changes

Despite the still-precarious COVID situation in Florida, Disney World has been chugging right along with new openings and re-openings that may affect your next visit. On March 7, Blizzard Beach will be the first of Disney World’s two Orlando water parks to reopen. Unlike Disney’s other parks, reservations won’t be needed to visit Blizzard Beach, but many of the health and safety guidelines will be the same. Face coverings will be required unless actively eating or drinking or while in the water or on a water slide.

This month, EPCOT will unveil a new exhibit called The Soul of Jazz: An American Adventure inside the American Adventure pavilion. The exhibit will feature a musical tour through the history of jazz, hosted by Joe Gardner, the main character in the recent Disney and Pixar film Soul.

Also blossoming this spring is the Taste of EPCOT International Flower & Garden Festival. The festival was cut short last year when Disney World abruptly closed on March 16, but this year’s modified festival will run from March 3 through July 5. There are so many gorgeous gardens and topiaries to see and the best way to do it (in my humble opinion) is by trying out Spike’s Pollen-Nation Exploration scavenger hunt. You can pick up a map and stickers at select EPCOT merchandise locations and set out on a blooming-fun adventure through the park.

Disney also announced a fan-favorite show will be back later this year. A modified, COVID-safe version of Animal Kingdom’s Festival of the Lion King is slated to return to the Harambe Theatre this summer.

Mardi Gras parades in New Orleans have officially been canceled for 2021, but some theme parks have found ways to keep the spirit of Mardi Gras alive with food, entertainment, and, of course, lots of beads and beignets.

Busch Gardens locations in Tampa, Florida, and Williamsburg, Virginia, are both offering visitors a taste of the Big Easy, and SeaWorld San Antonio is bringing the French Quarter to Texas on select dates throughout February.

Universal Orlando’s International Flavors of Carnaval will take place daily from February 6 through March 28 with cuisine from 13 locations around the globe. Other than what you’ll pay for food and drinks, all of these events are included with park admission.

LEGOLAND Florida Resort in Winter Haven, Florida is turning 10 years old this year and they’ve planned a yearlong birthday party to celebrate. The park will debut its new Brickbeard’s Watersport Stunt Show on February 12, followed later this year by a new 4-D movie, master model builder experience, new larger-than-life models and stage show in LEGO CITY, and more. The festivities will culminate in October with a birthday party (and giant LEGO birthday cake) that only LEGOLAND could pull off.

On January 25, California Governor Gavin Newsom lifted the stay-at-home order that went into effect last December. The order forced California theme parks to pull back even further on their already limited offerings, with some closing completely until it was safe to reopen.

With the order lifted, theme parks can once again operate in a limited capacity in line with California’s tiered reopening system. Disneyland’s Downtown Disney District and a portion of Buena Vista Street are once again allowing outdoor, on-property dining and, according to WDW News Today, will soon reopen some of the restaurants that were temporarily closed.

What California business can and can’t do, including theme parks, can change at any time in accordance with the state’s COVID-19 tier system. As things (hopefully) improve throughout the year, we’ll see them return to at least some version of normal operations.

Who doesn’t like saving a little money on vacation? Whether you’re ready to travel now, or in the future, Florida’s best theme parks want to entice you with special discounts, and I’ve rounded them all up here so you can stop daydreaming and start planning.

In addition to other deals, Universal Orlando recently released a Military Freedom Pass Promotional Ticket that can be used all year long, with prices starting under $200.

Busch Gardens is offering Florida residents free admission to kids five and under all year long with its Preschool Card. At SeaWorld Orlando, you can pay for a day and visit all year, and Disney World is doling out two free days with qualifying four-night  hotel and ticket packages.

Even if you aren’t quite ready to commit to your next Florida vacation, keep checking in on your favorite theme park’s website because they’ve been throwing deals around left and right.

Pat O’Brien’s restaurant at Universal Orlando’s CityWalk serves up hot and fresh beignets on their regular dessert menu. At Disneyland (once it opens back up), you can get Mickey-shaped beignets in New Orleans Square’s Mint Julep Bar and Cafe Orleans. Outside the gates in the Downtown Disney District, you can get good ol’ square beignets at Ralph Brennan’s Jazz Kitchen.

At Disney World, you can find them at Disney’s Port Orleans French Quarter Resort. You can even get a beignet cheeseburger, which, trust me, is just as good as it sounds. And, if your mouth is already watering, Disney released the recipe for their famous beignets last spring. 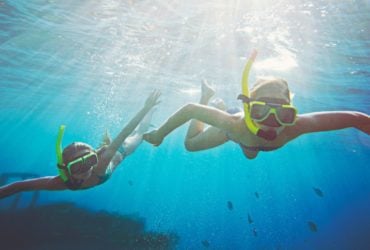